Not satisfied with the unit price? Get a free quote on bulk quantities within 8 hours. 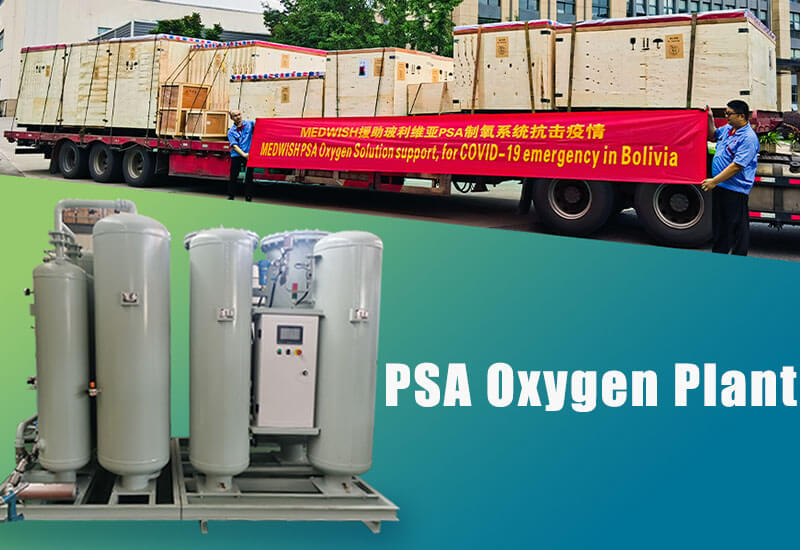 What is an Oxygen Generator Gas Plant?

With about 93% ± 2% purity rate, due to the removal of nitrogen, dust particles, and several other dangerous gases by using the PSA (Pressure Swing Adsorption) technology, the Oxygen Generator Gas Plant can be trusted. It is not only useful in hospitals and medical centers, but it is also useful in homes.

Pressure Swing Adsorption is a technique employed to remove some species of gases from a combination of gases. This removal is made possible due to the characteristics/features of the species’ molecules and their affinity for a specific adsorbent material. To effectively produce non-cryogenic oxygen, this method is the best. It is useful on both small and medium scales.  The PSA method differs significantly from other cryogenic oxygen-generation/distillation processes in that it works at near-ambient temperature to separate gases.

Two columns are filled with an adsorbent material. In this case, a molecular sieve is known as Zeolite. The oxygen flows through with ease, while Nitrogen and other gases are trapped. When the active column is saturated (that is, when it has held as much gas as it can,) the airflow is directed to the other column. The pressure on the first column is reduced this way, and the nitrogen is removed from the atmosphere for complete regeneration. This process is repeated over and over. One column regenerates as the other produces. At the end of each cycle, either column switches roles. The generator, thus, produces a constant flow of purified oxygen, free of harmful gases.

The following are parts of PSA Oxygen Generator Plant Systems:

Filter: removes dust particles from the oxygen, serves as a kind of sieve to separate the gases

Dryer: gets rid of the moisture from the air by cooling it with a refrigerant

Oxygenator: an important component used for making the oxygen

Supercharger: an air compressor that increases air pressure supplied to the columns

High-Pressure Supercharger: increases the pressure or density of air supplied to the engine

How does an O2 generator work?

The mechanism is as below: how it works in 9 steps with a breakdown of the process:

There are several other manufacturers such as Oxyplus, Oxywise, Aggreko, Mvsengg, and so forth. But amongst all these, Medwish stands out for its humanitarian drive and objectives.

"MEDWISH" (www.medwish.com) platform is a global B2B marketplace focused on the supply and buying of medical equipment and devices. MEDWISH, in cooperation with global service providers in fields such as insurance, logistics, financing, customs clearance, international payments/transactions, etc., aims to remove global buyers’ one-stop shopping difficulties through the integration of global high-quality, cost-effective supply chain channels. Their buyers, from all over the world, come mainly from private hospitals and overseas agents. The marketplace was developed by the Jiangsu Medwish Network Technology Co., Ltd. Jiangsu Medwish is dedicated to establishing a huge, globally recognized, trusted framework and promoting the sustainable development of the medical industry through its platform. The platform is fast becoming the world’s largest e-commerce platform and comprehensive service provider for hospitals all over the world. By strengthening the bonds between suppliers and buyers, Medwish ensures extraordinary services for both sides.

Why buy from Medwish?

The Oxygen Generator or Oxygen Gas Machine costs between USD 29,600.00 to 30,000.00. Prizes may differ, based on further specifications.

PSA Oxygen plants make use of the PSA technique to separate oxygen from other harmful gases and dust particles, and the technique is perhaps the most effective way to get rid of these gases. It guarantees about 90-93% purity of oxygen. It caters to the health needs of clients. So, yes, it is comparatively safe.

PSA Oxygen generators provide optimal performance when feed air has a dew point of 40⁰ F & 4⁰C or less. Humidity control may not be needed, it depends largely on the model selected or the feed air mechanisms (dryer, air surge tank, filters, air compressor) supplied. It is advisable to contact the factory for suitable specifications.

Does an oxygen generator have to be indoors?

They are designed, mostly, for indoor use.

What is the purity of oxygen produced by PSA?

The oxygen purity ranges from 93-95%, with 99% being optionally available. Further specifications ensure this.

What is the standard pressure of oxygen pressure produced by PSA?

The output pressure from most OGSI oxygen generators (Model OG-25 and up) is placed at 45 psig (3 bar gage) to 60 psig(4 bar gage), with higher pressures optionally available through the use of an oxygen booster.

RELATED PRODUCTS
Get social
Join us in the group
and be the first to know all promotions and offers!
Medwish Project Services
Buy on Medwish
Platform Information